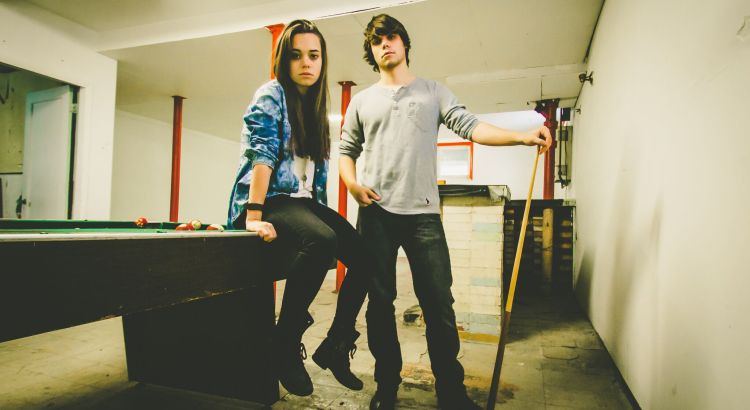 Jocelyn and Chris Arndt are a sister and brother songwriting duo that perform together as Jocelyn & Chris. Fronted by a female powerhouse vocalist, this is a band that knows how to jam. Based out of Albany, they make music that flows flawlessly and demands attention. We got to chat with Jocelyn & Chris about the “sweet and sour” flavor of their song “Shame” and where to get the best breakfast pizza in their hometown.

Jen Green: What was the last thing you ate?

JA: I actually just finished eating dinner seconds before sitting down to write out this interview.  It consisted of some dried ginger candies, a yellow Red Bull (which has been in my mini fridge for longer than I can remember), and a spicy chicken sandwich from the local 24-hour-market.  The sandwich was pretty incredible—they use Boar’s Head meats, which are super awesome. The spicy chicken is probably my favorite from there.  I get it without the red onions that normally come on it, but it has grilled chicken marinated in this awesome savory spicy sauce, pepper jack cheese, roasted red peppers, and chipotle spread, all on a really nice baguette from a local bakery.  I had this one revved up even more with a generous portion of bacon, so it was just the right mix of slap-you-in-the-face kick and full, savory body and sweet undertones of the peppers to back it up.  (I think, without realizing it, I just wrote a pretty kick-ass description of our musical sound.)

JG: Always great when you get a good meal before doing anything. So, where is your next show?

JA: We just came off a crazy tour down to Texas for SXSW and the Red Gorilla Music Festival. After that, we’re all over the place!  This week we have three shows in a row. Tonight we have a show at the Knuckleheads Saloon in Kansas City and after that we played The Sand Dollar in Las Vegas! You might also hear us doing a radio appearance on your local AAA station—we’re in the process of pushing our new album Edges to radio, so we’ll be traveling all over the place to promote that. It’s going to be an insane year.

JG: I’m excited to see that you’re out on the road!  If your music were edible, what words would you use to describe it? Which song should we check out first?

JA: First, I’d like to state that this is a really, really awesome question.  Food and music are my two greatest passions, so combining them is a pretty exciting prospect.  That said, it’s also really friggin’ hard to answer… looking at Edges, I think it probably goes on a song by song basis.  “Shame” is the lead-off single, and it’s got that classic Sour Patch Kid sweet-and-sour combination going on.  Then you get to “Too Much to Me”, which to me has a sort of deep fried pastry feel to it, like a classic guilty pleasure.  “Where’s the Rain” is a world-class fusion burrito—everything’s all mixed up and the flavors are crazy and it’s all about as intense as it can get, but in a really good way.  Then you get into some softer stuff, like “More than I Say I Do”, which is delicately sweet with a little bitter in the background, like a really really good chocolate bar.  “Jagged” has the cocky swagger of an old-school James Bond cocktail, and the bite to match. G Love and Gov’t Mule’s Danny Louis joined us on harmonica and hammond organ for the sixth track, “Hot”, giving it a super fat sound.  To me, it’s sort of like a rich jambalaya or gumbo, with a bunch of crazy flavors all working together to create an awesome jammy-sounding final product. Danny Louis is actually on 6 of the album’s 12 tracks.  He always adds some serious richness.  “Mystery” has a super retro southern-rock feel, which Danny took to the next level.  It’d definitely taste like home… grandma’s apple pie, super sweet cornbread, that sort of thing. “Cinderella” would probably taste like those ginger candies I had with dinner, a blend of spicy and bittersweet.  “Cut the Cord” tastes like absinthe—something super out there, which no one has ever quite had before.  (I’ve never actually tasted absinthe before, it’s just that both remind me of space).  “Because of You” is like well-seasoned guacamole with a generous portion of cilantro and a good lime-squeeze as well.  “Dry Cereal” was actually inspired by dry cereal (super creative name, right?), so I guess that’s pretty self explanatory.  And the last track, “Here to Stay”, is undoubtedly a huge pile of savory, rich, delicious poutine.

JG: Great analysis, each song really does have its own personality. Now since this is Daily Dish, you need to share with us your favorite food item from your favorite local restaurant back home.

JA: “I feel like I need to put out a disclaimer here: food is an absolute passion of mine, and I pride myself on trying as many different kinds as I can.  Thus, I am 100% serious when I say that my favorite food from back home is Nice ’n Easy’s breakfast pizza. I know, you’re probably thinking that gas station pizza should really only be found in the 7th circle of hell.  Normally, I’d fully agree with you.  I’ve eaten some pretty scary things from some pretty crusty gas stations in my time.  But this stuff is different.  They make the dough fresh, and they have awesome pizza ovens in the back, and they’re always extra-generous with the application of cheese and bacon, and I’m not entirely unconvinced that the don’t fill it with supper addictive drugs of awesomeness and flavor perfection because it is literally SO GOOD I CAN’T EVEN (and I can always even).  If you’re ever driving through Fort Plain, NY, it’s definitely worth a stop.  And, when you stop there, if you see a guy named Walt, tell him we sent you!  He is literally one of the nicest people ever, and a super talented singer on top of that.  He and his band were some of the first supporters of our music career… you might even be able to grab a free slice.  If that happens, consider yourself über-lucky.  That pizza is priceless. 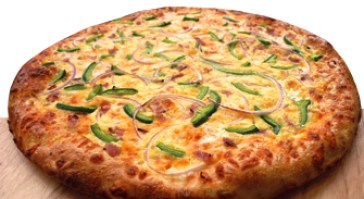