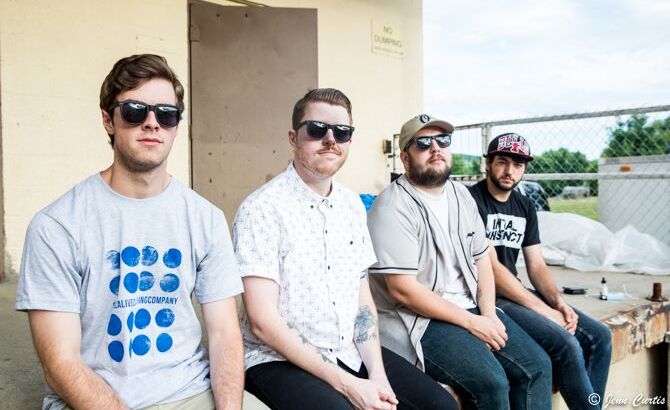 Firestarter is a pop-punk quartet formed in Albany, NY. The band recently released a new digital EP, A Life Inconsistent and is just kicking off an end of summer tour with Capstan. This group being one of the hardest working bands in the scene, they are someone you want to look out for. We had the chance to sit down with them to talk music and New York.

Shana Davidson: Tell us about the last song you listened to.

Firestarter: The last song or should I say songs I listened to were from Capstan’s new EP, Cultural Divide. Firestarter is about to go on the road with them for all of August and the new release RIPS!

SD: I saw Capstan about a year ago, such a solid band. What was the last thing you ate?

FS: Literally just enjoyed a slice of calabrese pizza from my local pizzeria that I happen to work at. Very yummy to say the least.

SD: Where’s your next show? Tell us about it!

FS: Firestarter’s next show is our August 6th tour kick-off in Albany, NY at Fuze Box. We will be leaving for a full US tour and we are excited to start it off at home with a number of awesome bands including Young Culture and Viewpoints!

SD: Bumped you guys aren’t coming near Philly, I would have loved to see the both of you again. If your music were edible, what words would you use to describe it? Which song should we check out first?

FS: The best way to describe our music if it were edible would definitely be a solid level of spicy with a side of a bleu cheese. The first track that would be a good example of that would be Headstones and Old Bones.

SD: Love, love this EP. Now since this is Daily Dish, you need to share with us your favorite food item from your favorite local restaurant back home.

FS: So I have literally recommended this to everyone I know is going into New York City. It’s a create-your-own hot dog place called Criff Dogs and they have three locations in NYC. My go to hot dogs are either the Good Morning which is a dog wrapped in bacon, topped with a fried egg, and hot sauce (pictured) or the JC which is a dog wrapped in bacon, sour cream, everything bagel seeds, chives, and hot sauce. A heart attack at it’s finest. 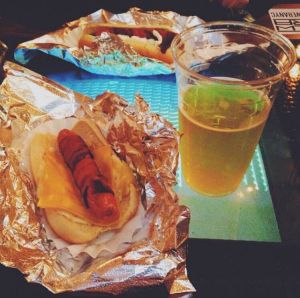