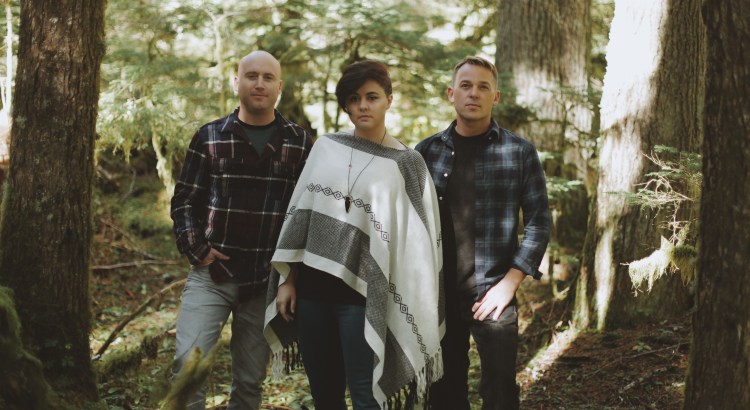 Dash Ten is a power trio out of Louisville, Kentucky made up of Corrin Campbell, Steve Ebert, and Pete Greenberg. In 2015, they powered through all 42 dates of the Vans Warped Tour, from SoCal to Florida and Massachusetts to Washington. With all that traveling and performing, they must be hungry. We got the chance to chat with them about their upcoming shows as well as what might possibly be the most epic stack of pancakes in the world.

Jennifer Logue: Tell us about the last song you listened to.
Dash Ten: “Colourblind” by Hands Like Houses. I’ve been just obsessed with their new album, Dissonants. I spent Thanksgiving in LA and loved talking music with Trenton (lead singer) on a REALLY full stomach. The band has a really great sound and this song shows how powerful they can be in the ebb and flow of their writing. They combine the great weight of rock with ethereal keys and guitar sounds. We spent some time with them on Warped Tour last year and the whole band is really nice.

JL: What was the last thing you ate?
DT: Sometimes we get to eat great stuff out on tour but my go-to when a restaurant isn’t an option is St. Dalfour’s “Gourmet on the Go” canned vegan options. They don’t use any preservatives and I love mixing that with rice and adding Sriracha.

JL: Where’s your next show? Tell us about it!
DT: We’re really psyched to play an upcoming show in Orlando. It’s actually taking place on the Full Sail University campus. This is especially cool because I’m a student in their online Internet Marketing program. I’ve actually never been to their campus, so this is a great opportunity to see the magic in person.

JL: If your music were edible, what words would you use to describe it? Which song should we check out first?
DT: Probably paleo or organic! (laughs) Our music is really stripped. We’re a power trio and we have really worked to bring rock back to the basics, embrace the vulnerability of only having three people on stage. We don’t do a lot of editing of performances in the studio. Our vocals have no pitch correction and a lot of the recorded parts were accomplished in just a few takes. We try to keep it as raw and honest as possible. Our song “What You Wanted” really shows off some skills we’re proud of.

JL: Now since this is Daily Dish, you need to share with us your favorite food item from your favorite local restaurant back home. Go!
DT: We’re not home much but when we are I love hitting up Puckett’s in downtown Franklin, TN, especially for breakfast. They have a great dish called the Southern Stack, which consists of sweet potato pancakes and fried apples, then topped with smoked pulled pork and an egg. It’s incredible! Plus, I think I could eat breakfast anytime of day.