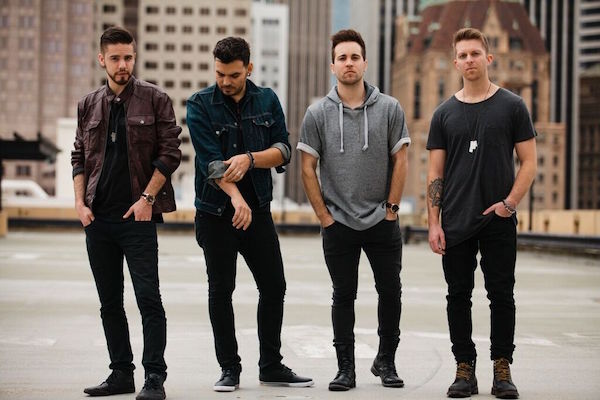 Featured Image courtesy of the Artist

Cemetery Sun, to be described as haunting alternative pop, from Sacramento takes you for an array of an emotions. The band may only have three songs up on Spotify, but these songs will absolutely blow you away. E.Y.T.Y.K, released on April 8th, will make you feel the California air running through your veins. They truly bring back the pop music from years ago with a modern touch to it. Get excited for what Cemetery Sun plans to do next!

Shana Davidson: Tell us about the last song you listened to.
Cemetery Sun: I have been following this band Polyenso since they were a hardcore band named Oceana. I am REALLY into what they are creating now. Their new album  “Pure in the Plastic” just hits all the right spots for me, I hear radiohead and even some DJ Shadow sounds and it makes me incredibly happy that someone else is into that kind of noise. Their track  “I.W.W.I.T.I.W.” is incredible.

SD: I never knew Oceano created a new band, I used to love those guys awhile back! What was the last thing you ate?
CS: Raisin Bran. I could eat that shit any time of the day. I’ll take it over sugar cereal any day.

SD: Raisin Bran!? (laughs) kudos to you. Where’s your next show? Tell us about it!
CS: It’s not the next show but we are playing our hometown concert in the park series. I have seen so many of my favorite bands play this summer festival and this is the second year they have asked us to play.

SD: That must be awesome to be asking to play again. If your music were edible, what words would you use to describe it? Which song should we check out first?
CS: I’d say a pot brownie. It is a lil bit dark and rich in all the right ways and Josh’s vocals have that sugar that makes it easier to take it all in. Once you got your first taste you start to notice the grooves that tie so many opposites together.

SD: Now since this is Daily Dish, you need to share with us your favorite food item from your favorite local restaurant back home. Go!
There is a shack in old town Fair Oaks that makes these killer vegetarian or vegan burgers. The Patty Melt is my absolute fave. So many of these hippy spots make such shitty food for way too much money but this spot always does it right for the right price. Def go check out the Sunflower Drive-in. 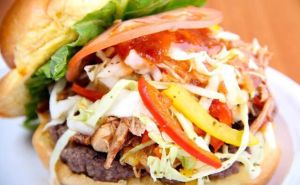